Board of Management report April 2019

Your Child in the Primary School - Tips for the Parents

A panel of 16 boys travelled to Killygordon on Thursday 19th of April to represent Scoil Cholmcille at the FAIS-5-a side county finals.  Two teams of 8 competed with teams from Lurgybrack, Illistrin, Woodland and St Mary’s Stranorlar.

Team 1 battled valiantly in every game and were extremely unlucky to get beaten by the eventual winners (Lurgybrack) in the semi-final.  Team 2 started poorly but got stronger as the tournament progressed, finishing with a great victory over St Mary’s.

The boys never gave up on the field and represented the school with excellent behaviour throughout the day. 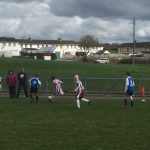 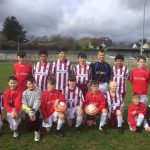